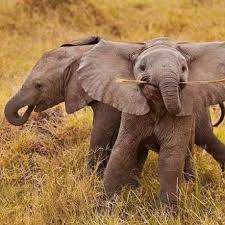 A Mexican zoo is celebrating the birth of two African elephants as part of its breeding programme for the threatened species.

Some eight years ago, Puebla's African safari zoo rescued nine elephants from Namibia and the zoo's care and attention providing for the herd of elephants has continued to bear fruit.

The zoo has 15 elephants and six babies who were born at the zoo from the group of nine Namibian elephants.

African safari is now home to one of the largest zoo populations in Latin America and with its newest additions, the zoo hopes to expand its elephant population even further.

Conservationists report that Africa’s wild elephant population is under threat from poachers, with more than 30,000 killed annually and population declining some 8% year on year.