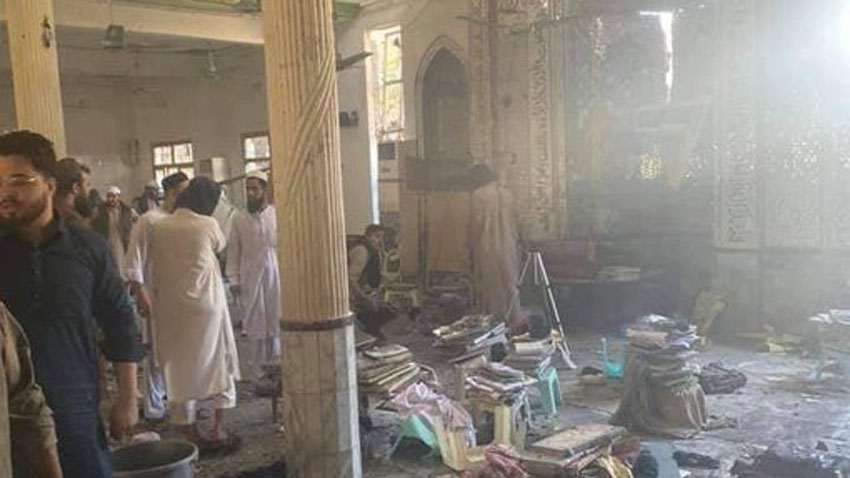 Eight people were martyred and over 95 were injured in a bomb blast at a Madrassa on Kohat road in Peshawar.

SP city Waqar Kharal said the blast occurred at the seminary, situated in dir colony when students were attending their class.

Most of the dead and injured include students aged between 10 to 18 years.

According to CD officials four to five kilograms of explosives including ball bearing were used in the blast.

According to police the seminary had received threats in recent days.

The Chief Minister also announced financial assistance for the victims. Half a million rupees each would be given to the heirs of the martyrs while 200.000 rupees each announced for the injured.

The chief minister expressed the resolve that terrorists would not be allowed to sabotage the peace.