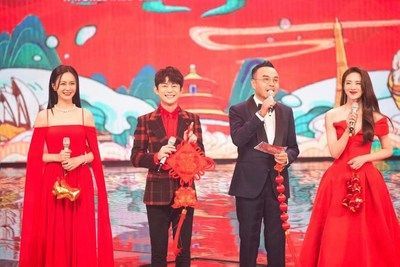 The 2021 Spring Festival Gala reached 1.27 billion viewers both on TV and new media platforms during the live broadcast.

The extravaganza was broadcast and reported in more than 170 countries and regions, including the United States, France, Italy, Russia and Japan.

Some 734 million people watched the live show and its video clips via new media platforms, 128 million more than that of last year, recording 4.975 billion views in total.

The number of overseas views via platforms, such as Youtube and Facebook, exceeded 32.59 million, 4.54 million more than last year.

This year's Gala highlighted China's control over the COVID-19 pandemic, its victory against poverty, and also this year centenary of the birth of the communist party of China.